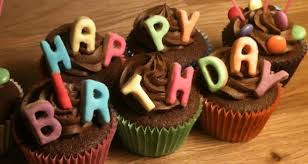 I didn’t love her. Not because she wasn’t pretty, smart, or sexy enough. Or because she was the umpteenth woman who thought she could trap me with her bedroom gimmicks. Whatever i felt for her died after I climaxed and combusted on her face and or wherever she let me. I knew she didn’t love me either, and that was totally fine by me. Her feelings and affection were money feelings but we were both happy at the end of the day. Well she got to smile everytime she swiped the gold credit card I got her. Me on the other hand, I just wanted a submisive, to feel in control and taste the goodness of the beautiful women the universe has blessed me with. I am bored of my marriage, but the truth is that isn’t even why I cheat. Sex with Bella is great, double orgasims in 10 minutes great, she got her body back in shape 4 months after the birth of our twins. I don’t think there is anyone as good a cook as she is. Her fashion sense is off the hook, a career woman, a flipping good wife and mother to our children. It’s been what? 12 months since I last touched her, but still everything runs smoothly. Her love for me keeps waxing stronger, at first she would cry whenever I refused her sex and ask if it was her. Then she went on that crazy 28 days detox diet. Her revenge body was pretty impressive, but I still didn’t see  her in the light of a sex symbol. I began seeing her as more of a mother than a wife. Well we all know mother and boner don’t sound well. She finally threw in the towel when I went with Jide’s lie and told her i had an erectile dysfunction. Keeping the lie wasn’t difficut because I returned home spent out from crazy sex marathons with whoever was warming my bed at the moment. I couldn’t even get myself to tell her I love her. Not because I couldn’t, but because I didn’t feel like I did anymore.

About 12 month’s after, Here I am on my 38th birthday, supposed to be having a meeting with potential investors in South Africa. Instead an exgusted 20 something vixen lay above me with her perfect 36dd’s, just 45 minutes away from home. My younin and I were supposed to catch a first class flight to JB the next day. For some strange reason I wanted to be with Bella. She told me the kid’s were going to spend the weekend at her sisters. I just wanted to get stuffed with her extra spicy lobster bisque, then have her extra chocolatey chocolate cake for desert.

I was going to go home, tell her I changed my mind about the meeting and just snuggle up beside her, watching Shawshank redemption or unusual suspect till we dose off. I got my small chops off me, signed a check and told her to go on without me to JB, and promised to meet her up in two days. Of course she pretended to be surprised, sad, and upset. But i really could care less about whatever fake emotions she was acting out as I put my jeans and snatched my car keys from the bed side lamp. I drove past Dolphin, and remembered there was this pretty flower shop Bella always made a fuzz of. So i decide to get those beautiful chrysanthemum flowers she loves and a bottle of her favourite wine.

Two stops, and some songs from Kendrick Lamar’s to pimp a butterfly later, I was home. Flowers in one hand and a bottle of wine in the other, it almost felt like the stench of adultry was shedding of my being. I knew it won’t be long before I got bored and took off to be with my youngin. But all i wanted was to enjoy tonight like old times. I didn’t ring the bell or call Bella up because I intended to make my arrival a surprise. Sliding in through the front door like a rebellious teenager, i figured Bella would be up in the study working on some final draft for the company or making sure everything with the orphanage was fine. Tip toeing through the familiar pattern of my home in the dark, as I tried to find my way without knocking down anything. I opened the study door with hopes of seeing Bella curled up on the puff, in her favourite oversized sweater, tapping away on keys from her laptop as she took notes. But to my surprise the study was empty. The only refection of light came from the  CCTV monitor at the far end of the room. I still wanted to surprise her, and opening everyother door in the house wasn’t going to help. So decided to find out if Bella was home, if yes where in the house she was. I prayed silently that tonight wasn’t one of those nights she’d get all up in her feelings, crying herself to sleep, going on and on about how much of a terrible husband I am. That wasn’t how I was hoping to spend my birthday weekend.

I looked at the tiny boxes of images on the monitor showing the kitchen, living room, parking lot, pool area and other parts of the house. Everything looked like still images of the house. No movement, no sign of life. Well except for the master bedroom. I could see movements underneath the duvet covers. I clicked on the image to enlarge the soundless footage of a strange man in my bed, my wife crawling out from under the duvet naked, as she leaned towards the man, going in for a deep passionate kiss before proceeding to ride this strange man…

3 thoughts on “Birthday Gift by”